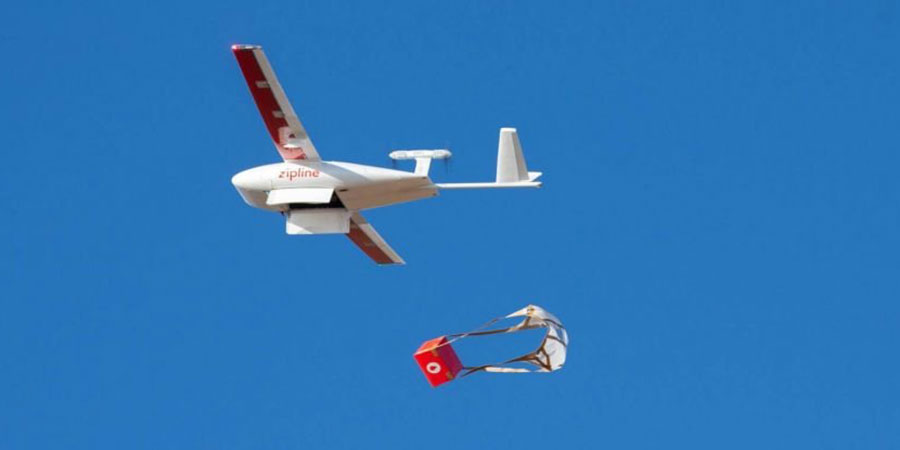 The Ghana Health Service is currently working with the drone company Zipline to provide health services to combat post-maternal yellow fever which has been a pressing issue within the country.

Zipline is best known for its services in Rwanda which started in 2016, where its drones would drop off blood or blood products in emergency situations.

According to the World Health Organization, “severe bleeding during delivery or after childbirth is the commonest cause of maternal mortality and contributes to around 34 per cent of maternal deaths in Africa.”

Timely access to blood will help save many lives in the region.

Gladys Dede Tetteh, a community nurse at the New Tafo Governmen Hospital in Ghana’s Eastern Region, stated “It makes us work faster and the mothers will not stay too long here trying to vaccinate their children.”

The drone program was launched last month by Dhana’s Vice Presicent Mahamudu Bawumia. The launch of Zipline’s services in Omenako center in Ghana is the first of its kind; three other centers are expected to be launched by the end of 2019.

The drones will enable access to around 500 healthcare facilities within 80km of the Omenako center which has a large stock of emergency medicines, blood, blood products and vaccines. Not only will the drones provide wider and timely access of medical products, but it will also minimize the wastage of such supplies by diminishing overstocking.

Many logistic operators in Africa have been struggling with the “last mile delivery” challenge due to the lack of adequate infrastructure and road networks in rural or underdeveloped areas. Zipline’s services will greatly benefit the region as it will not have to deal with such issues.

Zipline hopes to extend its services to different countries in the near future and it intends to make Ghana its base for training future flight operators. The San Francisco-based company has expressed its interest in deploying their services in Senegal and Nigeria.

The company aims to serve around 12 million Ghanians (which amounts to almost half the population).