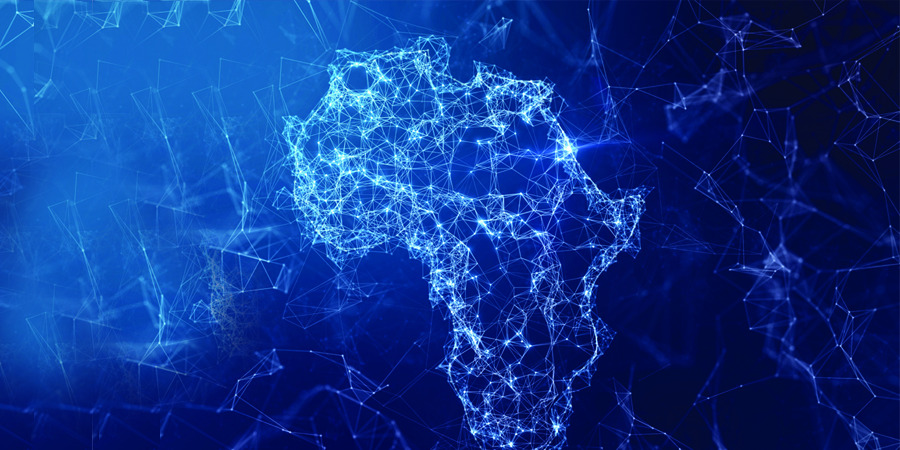 African countries recorded the lowest internet penetration rate of 39%, compared to the global average of nearly 60%, according to researches released by Statista. These also show a large difference in internet access between rural and urban areas, with smartphones being used in rural areas by nearly 200% more than in urban areas

Recent international developments have highlighted the internet as a huge opportunity for inclusive tech growth and socio-economic development. The internet could boost productivity and contribute to an economy's GDP, and could also increase citizens' access to social services, expand educational opportunities, create platforms for innovation, and expand people's independence and access to government services. Furthermore, technology-based services are already playing a fundamental role in African society, from banking to healthcare to much more. For example; Kenya's M-Pesa, an SMS text-based money transfer service, transfers over $8.8 billion annually, equal to 40% of the country's GDP.

Moreover, Africa has the most expensive internet in the world which is causing internet deficiency. Globally, Africans pay about 8,8% of their monthly income for 1GB of data, while Latin Americans and Asians pay about 3,6% and 1,5% respectively; In some cases, 1GB costs up to one-fifth of earnings in places like Chad and the DRC. However, despite this challenge, we are seeing an increased interest in digitizing the continent. As Africa's economy grows, the development of LTE and 5G digital infrastructure is a critical element leading the way to an inclusive information society that integrates digital technology into all aspects of life, such as transport, communication, health, energy, and even homeland security. Some companies are aware of the need to bring Africa online, so they are seeking innovative solutions to address cost-related challenges.

Most governments in sub-Saharan Africa have traditionally left infrastructure works to the private sector. Recently, there has been a greater political commitment to this issue, and some governments are investing in infrastructure development, either as a whole or as part of partnerships.

In the past decade, many governments, telecommunications companies, nonprofit organizations, and private companies have invested in internet connectivity in sub-Saharan Africa. To give it a boost, many initiatives were taken and big projects were implemented. For instance, telecom companies have expanded internet connectivity by selling and distributing solar off-grid kits to individuals. Adding to that, the 2Africa project, comprised of technology companies and global telecom partners, brings a total length of 45,000 kilometers of subsea cable infrastructure to create a direct high-speed internet connection between 16 African countries, Europe and the Middle East.

Most internet infrastructures use fiber optics and undersea cables with centralized servers. In both developed and developing nations, the cost of developing and maintaining this infrastructure is high, making it unaffordable for the underprivileged.

Renowned company, SpaceX, is piloting a service called Starlink that offers satellite-based internet to millions of people around the world. Starlink uses thousands of low earth orbit (LEO) satellites that are connected to deliver low-latency, high-speed internet comparable to current 4G data speeds and it intends to bring its services to help close the internet gap in sub-Saharan Africa. Another example of a company that is seeking to provide low-cost, high-quality internet access to Africa is Alphabet, parent company of Google. Through “Project Taara,” Alphabet is kicking off plans to provide high-speed internet over long distances using beams of light. Essentially, the project’s free-space optical communications (FSOC) technology will allow for high-speed data transmission through invisible light beams between Taara terminals mounted on high up on existing towers or rooftops. Each link between terminals is projected to be able to transmit bandwidth of up to 20 gigabits per second and cover distances of up to 20 kilometers.

As a result of the pandemic, virtual meetings and online classrooms became the norm, and the internet is no longer classified as a luxury in the 21st century, but a necessity. While continued investments will be essential to connect sub-Saharan Africa, innovative solutions are now opening the door for African companies to break into the global market.