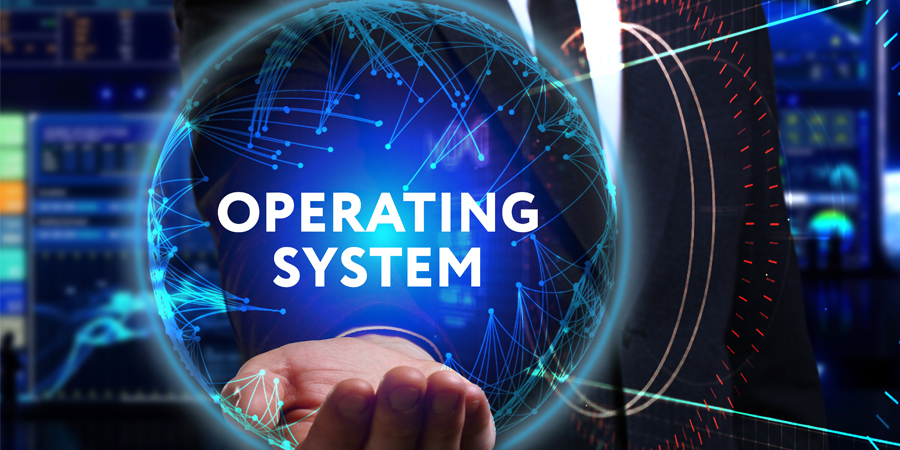 Operating systems (OS) are the interface with which users navigate their devices and are essential to the functioning of computers and smartphones. That’s why they form a major challenge for their designers in terms of customer loyalty, data flow control and ecosystem development.

The cornerstone of the nomadic digital universe

An operating system is a set of computer programs that, when linked together, interface the technical capabilities of the device (memory, processor, connection peripherals, etc.) with the programs or applications launched by the user, providing the necessary fluidity and simplicity to be used by the greatest number of people.

Without OS, the digital uses that seem obvious today, from ordering a taxi or a meal online to booking train tickets or shows, via social networks or online music, would simply be impossible.

While Apple and Google now share almost the entire mobile OS market with, respectively, their iOS, which exclusively equips iPhones of the apple brand, and Android, which is present on almost all other devices, many attempts have emerged to compete with this duopoly.

There has been more than a dozen attempts of alternative operating systems, often not supported by major digital groups: the South Korean Samsung tried to impose Bada in 2010, the unavoidable Canadian BlackBerry OS launched its BlackBerry OS in 1999, and Microsoft, with its experience and computer hegemony, wanted to adapt Windows to smartphones in 2007.

Yet, none of them have broken through, for various reasons. Samsung has never tried to fully impose its OS on its devices. BlackBerry has bet too late on the turn of smartphone, getting carried away like the former leaders in the sector, Nokia, Sony-Ericsson or Motorola. Microsoft, for its part, faced a major difficulty: the impossibility of convincing developers to adapt their applications to its OS, thereby limiting its capabilities.

Yet, in August 2019, Huawei CEO took to the stage of the company's annual Developer Conference, to announce HarmonyOS, the company's new cross-device operating system in the midst of a US trade war with China in a bid to end their own vulnerability to future actions by the US government or companies.

HarmonyOS (previously codenamed HongMeng) is a platform designed for a variety of devices, and is currently aimed at IoT devices such as smart displays or smart home equipment. The first product with the operating system is Honor TV, although more similar products have since been announced, including Huawei TV. In China you can buy HarmonyOS products, but it could be a while before it’s used elsewhere. Huawei's President of Global Media and Communications, Joy Tan, claims that HarmonyOS isn't going to replace Android on Huawei phones any time soon.

Tan said, “A viable alternative to Android's operating system will take years to complete”, seemingly contradicting statements made upon HarmonyOS’ debut, but it just shows that there's no immediate plans for HarmonyOS to be available on Huawei phones.

The ecosystem, the nerve of the OS war

Apps are at the heart of smartphone operating systems. These small specific programs, developed by each department and for each company, are the direct interface between the user and the product sold, whether being a service or physical products.

However, developing an application can be expensive and multiplying applications to meet the different operating systems does not necessarily make sense. If almost all developers are present on iOS, because of its high-end positioning targeting a more affluent target, and on Android, because of its monopoly on Apple's competitors, we must succeed in making ourselves unavoidable to push developers to offer a third version of their applications. A challenge that Microsoft has not been able to meet but that Huawei could win, thanks to the importance of the Chinese domestic market.

A real mine of personal data

For OS designers, the interest is enormous: thanks to the applications, and even more so to the application store integrated into the OS, they get their hands on an essential resource in the digital age: personal data.

As a crossroads, the OS is a program through which almost all data from a smartphone is transmitted. Better still, associated with a family of applications (mailbox, mapping system, online video platform or web browser), the OS makes it possible to collect even more data, essential for targeted advertising, a real gold mine for digital companies.

Talking about personal data, it is important to talk about the most recent camera app risk that was detected. In order to better understand how smartphone cameras may be opening users up to privacy risks, the Checkmarx Security Research Team cracked into the applications themselves that control these cameras to identify potential abuse scenarios. They found out concerning vulnerabilities such as CVE-2019-2234 stemming from permission bypass issues. After further digging, they also found that these same vulnerabilities impact the camera apps of other smartphone vendors in the Android ecosystem – namely Samsung – presenting significant implications to hundreds-of-millions of smartphone users.

According to Checkmarx, “By manipulating specific actions and intents, an attacker can control the app to take photos and/or record videos through a rogue application that has no permissions to do so. Additionally, certain attack scenarios enable malicious actors to circumvent various storage permission policies, giving them access to stored videos and photos, as well as GPS metadata embedded in photos, to locate the user by taking a photo or video and parsing the proper EXIF data.”

The Checkmarx research team notified Google of its findings and the latter published a fix for this issue. So now if the user has the latest version of the camera app then he should be protected from this attack scenario.

Alternative OSes for smartphones are paving their way, however, the present situation doesn’t appear to be very optimistic. All eyes should now turn to China, to see what Beijing does next.