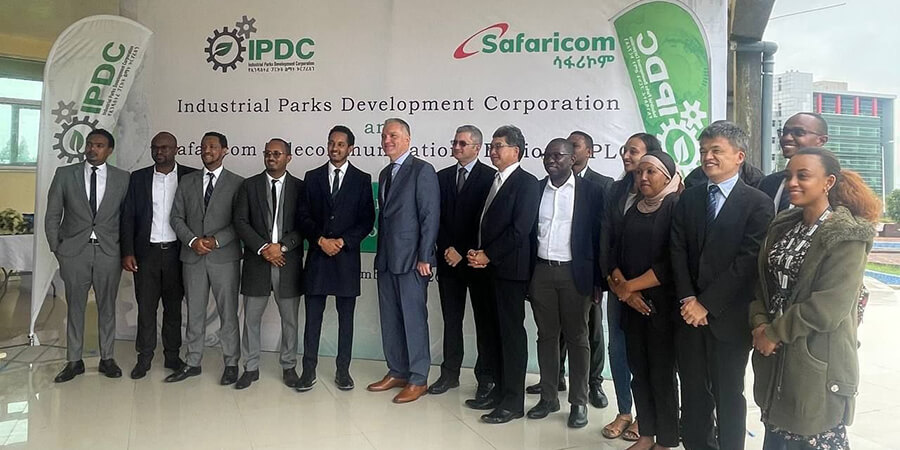 Mobile operator Safaricom Ethiopia announced the upcoming construction of a new data center in Addis Ababa. The company signed a land sub-lease agreement with Industrial Parks Development Corporation (IPDC) to build a new Tier-III quality “telco-cloud data center” in the latter’s ICT Park outside the capital, and is reportedly investing around $60 million into this project.

Anwar Sousa, the CEO of Safaricom Ethiopia, said, “It will be our third data center in Ethiopia since Safaricom Ethiopia was awarded the Unified Telecommunications Service License in July 2021. “He affirmed that this new data center will allow the telecom company to improve the availability of the latest technologies, mainly in industrial parks, to support the digitalization process underway in the country, improving efficiency, transparency and productivity.

Safaricom Ethiopia’s new data center will consolidate the new company’s presence in the colocation segment, which has grown in maturity and interest in Ethiopia over the past five years. The company, which is already fighting against Ethio Telecom in this sector, must also compete with internationally renowned companies such as wingu.africa.

Safaricom Ethiopia's strategic spirit is based on the diversity of its offerings, coupled with innovative services. The company is already betting on voice, connectivity, cloud services and storage and is waiting to enter the finance segment with Mobile Money. Its ambition is to become the leader in a market long monopolized by Ethio Telecom.