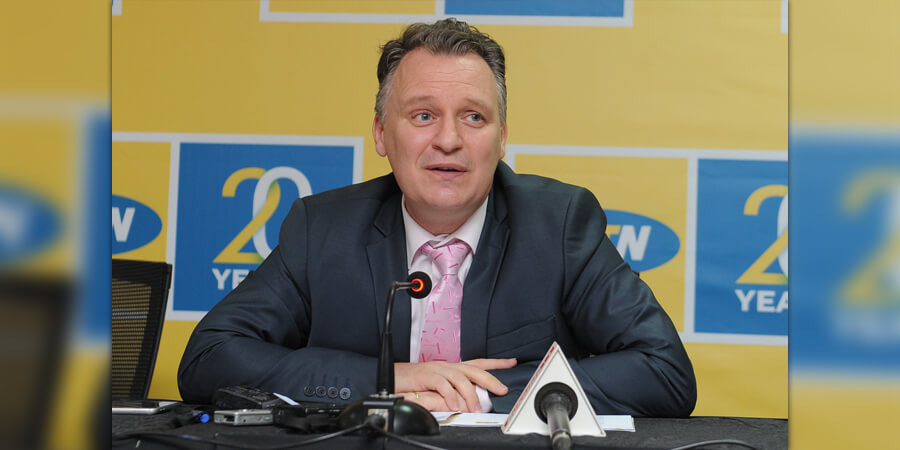 Uganda has deported the Belgian head of South African telecoms giant MTN's local branch, making him the fourth employee to be kicked out of the country this year. Police spokesman Fred Enanga said that MTN Uganda's chief executive Wim Vanhelleputte had been deported on “over national security”. Gordian Kyomukama, currently chief technology officer, had been appointed acting chief executive “to ensure business continuity”.

“We are understandably concerned about these developments and are engaging with the authorities to seek understanding that would lead us to resolving this matter.”

Vanhelleputte had been in the role of CEO since July 2016 at the Uganda branch of MTN, which operates in 22 African countries.

In January, Uganda deported three senior MTN executives accusing the employees of using their positions to “compromise national security”. Marketing chief Olivier Prentout, a French national, Annie Bilenge-Tabura, a Rwandan who was head of sales and distribution, and MTN Uganda's general manager, Elsa Mussolini, an Italian, were thrown out of the country after being questioned by security agencies.

At the time the police spokesman said that Mussolini was questioned on “incitement to violence” without giving further details.

The expulsion of a Rwandan national raised questions about whether the move was linked to on-going tensions between the East African neighbors who have regularly traded accusations of espionage.

Days after the trio were deported, Ugandan President Yoweri Museveni met Rob Souter, MTN's chief executive, on the sidelines of the World Economic Forum in Davos where the pair discussed the Ugandan telecoms market.

Following the meeting, Museveni accused MTN of under-declaring call volumes to avoid tax and called for shares in the company to be floated on the Ugandan stock exchange or transferred to the national social security fund “to allow for local ownership”.

MTN Uganda is currently operating under an interim license after its 20-year license expired last year.

Last July, MTN said armed men claiming to be from Uganda's Internal Security Organisation “kidnapped” two of its contractors and forced them to open up the company's main data center, where they made an unsuccessful attempt to access servers.

MTN Uganda said at the time that it took the “criminal incident” seriously and had reported it to the authorities. MTN Uganda added it didn't believe it was under investigation.