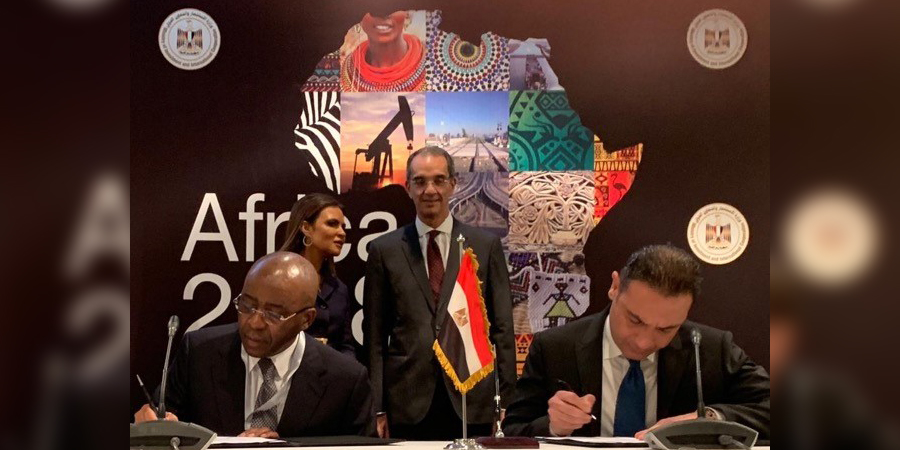 Leading pan-African telecoms group Liquid Telecom has announced that it is investing 8 billion Egyptian Pounds ($400m US Dollars) in Egypt over the next three years. This is part of a major partnership with Telecom Egypt which includes network infrastructure and data centers.

Telecom Egypt will use the network to connect Egyptian businesses to the rest of Africa, whilst also partnering with Liquid Telecom to build data centers across Egypt. Following an initial investment of $50m in data centers and cloud services, Liquid Telecom plans to invest an additional $350m in broadband and financial inclusion initiatives, as well as high capacity data centers. These will be similar to some of the best-in-class data centers in South Africa.

Liquid Telecom’s expanding network is almost 70,000km in length and is linked to more than 600 towns and cities in 13 countries across Africa. It is also part of the wider ‘One Africa’ broadband network which has been strongly supported by the African Union leadership and President Kagame, Chairman of the African Union. President El-Sisi welcomed the development as a major milestone in connecting the African continent with Egypt and said he would continue to push the initiative during his tenure next year as Chair of the AU’s 54 nation body.

This follows the signing of a landmark partnership agreement with Telecom Egypt to mark the completion of Liquid Telecom’s ‘Cape to Cairo’ network. This network represents the first direct land-based terrestrial fiber link from Cape Town to Cairo.

The $400 million investment will enable Liquid Telecom to significantly expand its position as a connectivity and cloud solutions provider in North Africa, serving businesses in the region with world-class network and data center services. Through its data center offering, Africa Data Centers (ADC), Liquid Telecom is facilitating the growth of Africa’s Cloud by providing a platform for cloud services to be delivered locally in many markets for the first time.

According to the Group Executive Chairman of Liquid Telecom’s parent company Econet, Strive Masiyiwa, the next mission is to complete a link between Cairo and Dakar Senegal through Sudan, Chad, and Nigeria, as well as the rest of West Africa. “We have already crossed Africa from East to West through Sudan and Chad. We are at the Nigerian border and we expect to reach Abuja by the end of January in time for the AU Summit. We want to reach Dakar before President El-Sisi finishes his term,” he said.

Masiyiwa also acknowledged the support of President Kagame, adding: “It would have been impossible to reach this far so quickly without his support. He adopted this initiative as a key project during his tenure and has been highly supportive throughout its development. We know President El-Sisi will help us take it to the next level because he understands the vision of Africa.”

Masiyiwa expressed his appreciation for leadership support across the continent. He said the ‘One Africa’ model could encourage other entrepreneurs to build projects in complementary sectors, such as rail and power. “We need to push the linkage of our continental power grids, and also rail and air transportation. Now is the time for bold initiatives to build intra African trade and investment.”