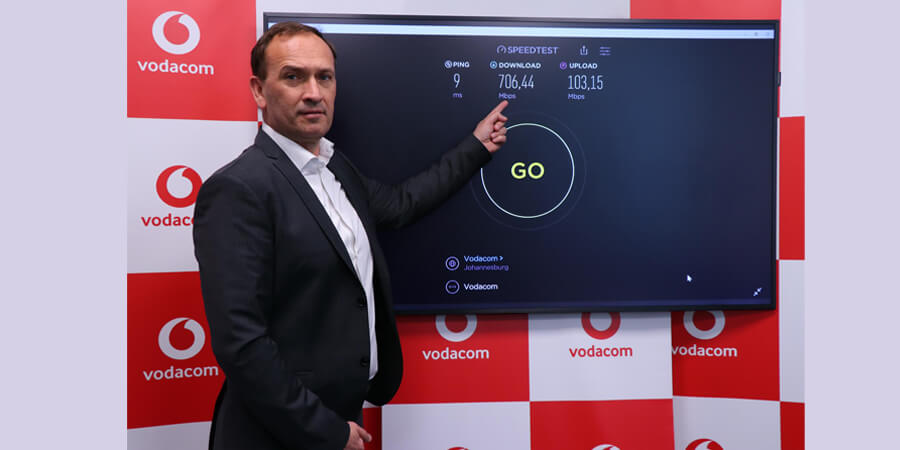 Lesotho has started experiencing the very first superfast broadband network in Africa. In fact, according to Reuters, mobile operator Vodacom has launched its 5G across the country. With this mobile technology, consumers will be able to receive quality services very much similar to that offered by fiber optics.

Knowing that it would be impossible to install fiber optic cables in a non-coastal mountainous country, Vodacom declared that it has obtained a frequency in the 3.5 GHz bands in order to launch its 5G in Lesotho.

“What we’ve accomplished in Lesotho is an example of what can be achieved in Africa, should the required spectrum also be made available,” said Shameel Joosub, CEO of Vodacom in a statement following this giant leap made by Vodacom Lesotho.

However, the head of British African subsidiary of Vodafone expressed in his statement the difficulties encountered in the main market of the company, South Africa.

In fact, Vodacom and its competitors have been urging since 2007 the release of telecom frequencies, thus allowing them to meet the population’s high demand for internet connectivity. However, the South African government has announced that the allocation of new telecom frequencies will only occur in the first quarter of 2019.

Back to July 7, 2018, Vodacom and Nokia successfully tested 5G in the South African city of Durban. This successful experiment which proved the operator’s ability to offer 5G in the country, fueled its impatience to acquire new frequencies for superfast broadband.