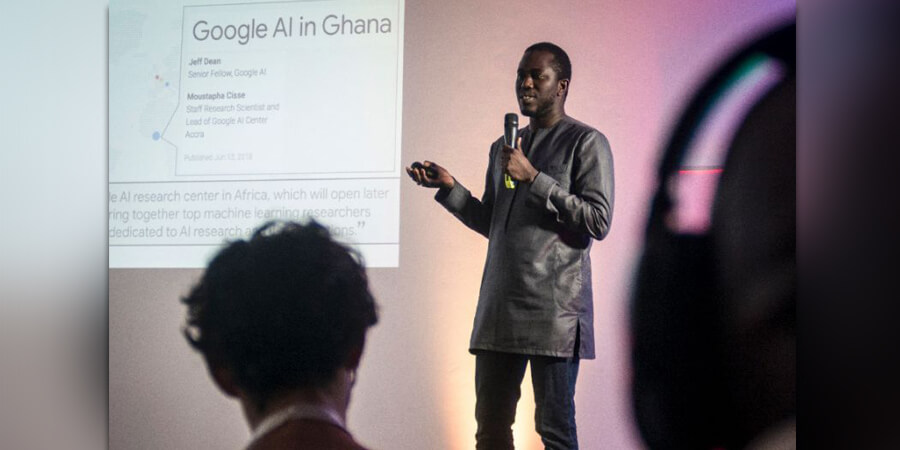 US search engine behemoth Google is attempting to address the many economic, political and environmental issues currently affecting Africa by opening a state-of-the-art AI center in Ghana.

The AI center will be the first of its kind in Africa and the research laboratory has been warmly welcomed by political leaders and activists across the region that firmly believe AI could be the solution to a lot of the problems facing the continent.

Google has already opened AI centers in cities such as New York, Paris, Tokyo and Zurich, but tech commentators believe its research facility in Accra will be truly transformational for Ghana and Africa as a whole.

Google’s Head of AI Accra, Moustapha Cisse said, “Africa has many challenges where the use of AI could be beneficial, sometimes even more than in other places. The new lab will use AI to develop solutions in healthcare, education and agriculture -- such as helping to diagnose certain types of crop disease.”

In addition to this, Cisse, an expert from Senegal, said he hoped specialist engineers and AI researchers would collaborate with local organizations and policymakers.

He confirmed that Google is working with universities and start-ups in Ghana, Nigeria, Kenya and South Africa to enhance AI development regionally.

He added, “We just need to ensure that the right education and opportunities are in place. That is why Google is sponsoring a lot of these young people for their degrees to help develop a new generation of AI developers."

Google aren’t the first tech company to venture into Africa and they certainly won’t be the last. Facebook have launched a number of progressive initiatives in the continent and many ICT analysts believe demographics are a key factor behind this drive.

Africa's population is estimated to be 1.2 billion, 60 percent of them under the age of 24. By 2050, the UN estimates the population will double to 2.4 billion.

As online social networks expand, that presents a huge market for US tech giants to tap into.

“There's a clear opportunity for companies like Facebook and Google to really go in and put a pole in the sand," said Daniel Ives, a technology researcher at GBH Insights in New York.

“If you look at Netflix, Amazon, Facebook, Apple, where is a lot of that growth coming from? It's international.”