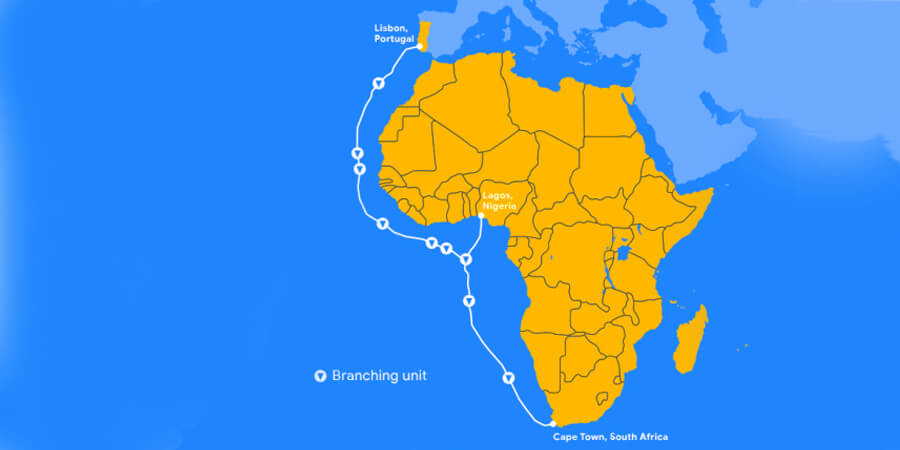 Google’s Equiano Subsea Cable, which seeks to connect Europe to Africa via the Atlantic Ocean, has reportedly made its final stop in Melkbosstrand, Western Cape, South Africa.

This landing marks the end of the $14 billion Equiano cable's journey, which began in Lisbon, Portugal in 2019, and included several stops along the west coast of Africa.

This cable serves as an internet infrastructure connection between South Africa, Portugal and several other countries including Nigeria. It is the highest-capacity internet cable ever to land on the African continent, with a capacity of 144 terabytes/second. Equiano’s landing in Melkbosstrand, north of Cape Town, was confirmed by African telecom infrastructure firm Wiocc, which facilitated the cable’s landing.

According to an announcement from Wiocc, the cable “will have a direct impact on connectivity throughout the Southern Africa region, resulting in faster Internet speeds, reduced Internet prices and improved user experience.” Openserve, which recently split from parent company Telkom, is expected to complete the cable’s landing in South Africa as Equiano’s official landing partner.

A significant increase in internet speeds is expected across the African continent thanks to the cable. Namibia’s internet is expected to get 2.5 times faster, according to a new study by Africa Practice and Genesis Analytics. It is estimated that between 2022 and 2025, the cable system will create 180,000 jobs in South Africa.