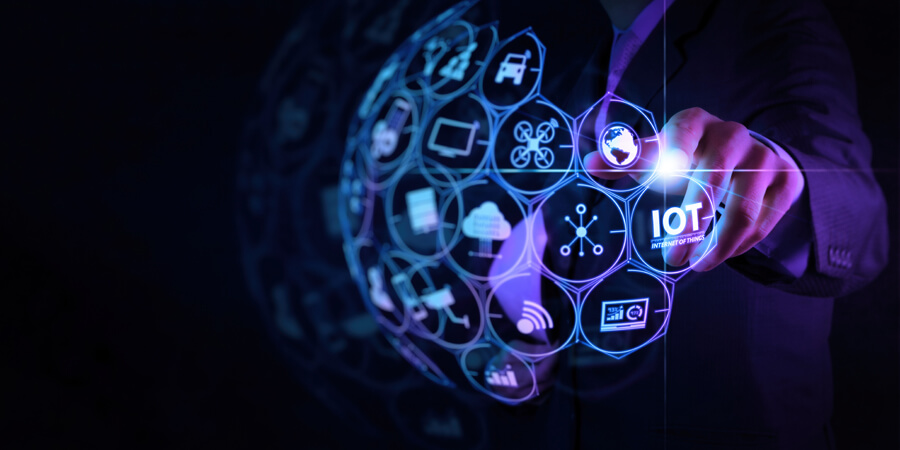 There are billions of physical devices connected to the Internet around the world, all collecting and sharing data, and together forming the Internet of Things (IoT). Connecting a variety of objects and further adding sensors to introduce a new level of digital intelligence to devices enables real-time data communication without human involvement. The Internet of Things is making the world around us smarter and more responsive, merging the digital and physical universes.

The Internet of Things must employ numerous technologies to ensure automatic data transfer, analysis and response between multiple devices. For example, automation is made possible through Artificial Intelligence, Big Data and Machine Learning, while connectivity is greatly facilitated by cloud computing and wireless communication technologies. These advantages of IoT are interconnected; one influences another, causing a chain reaction of positive effects.

The opportunities presented by the Internet of Things in Africa are vast and include access to healthcare, energy savings, e-finance and waste management, to name a few. If IoT's potential can be realized, these opportunities will affect not only telcos and businesses, but people and communities as well. By 2025, IDC predicts there will be 55.7 billion connected devices worldwide, 75% of which will be connected to IoT platforms. Moreover, the Africa and Middle East IoT market is second only to Asia-Pacific in its rate of IoT growth, an expansion that will unleash a host of economic benefits. Indeed, according to Global Data, IoT revenue in the region is set to double by 2023. Connecting so many people and devices, and generating such tremendous revenue growth requires a reliable and robust network infrastructure. A strong IoT in Africa will depend on the support of governments and other stakeholders and the efforts of the telco community.

With growing IoT deployment, the ability to connect to any cellular provider is critical in keeping devices functional at all times. IoT is also the basis of the smart city, and Africa is predicted to have the fastest urban growth rate in the world in the coming years. By 2050, IoT will enable efficient urban management in countless ways, including reducing traffic congestion, managing waste, solving crime and improving urban services and thus general welfare.

IoT has immense potential to drive Africa's economic development, and with 4G and 5G networks now becoming a reality, deployments will only accelerate. Africa is a continent with unique challenges that present unique opportunities, and supporting Africa's businesses will unleash that potential.

The IoT field is big and getting bigger; there are already more connected things than there are people in the world. With enterprises now getting serious about their IoT investments, there are three stages businesses need to focus on to truly reap the rewards IoT can bring:

The first is using IoT data to streamline processes. There are often immediate benefits for enterprises to secure when they start at the first stage of IoT maturity; information gathered from connected devices can be used to directly improve operations within single business teams. For example, a fleet operator may place sensors in vehicles to preemptively detect mechanical failures. These IoT-enabled devices can then track an issue as it develops and act before a malfunction occurs, bringing immediate benefits.

The second necessary stage is creating new revenue streams. According to a McKinsey survey, 92% of businesses expect IoT will improve operations or lead to new products with embedded IoT capabilities within three years. The focus, therefore, is to create a framework for monetizing investments. When seeking out these benefits, it is important to remember that customers seek to buy solutions to their problems or needs. The better the solution is, the higher the price the customer is often willing to pay for it.

The last stage is using data-led insights to transform the business. This stage of IoT maturity brings about a shift in the wider business model, as it can enable an enterprise to move from being solely a product-selling organization to a richer, solution-delivering one. According to a McKinsey survey, 62% of enterprises believe IoT’s impact will be very high, or transformative. For a vehicle manufacturer, for example, telematics devices can be used to generate data that can then be used to create more personalized insurance policies than before based on such data points as driving styles and regular driving locations.