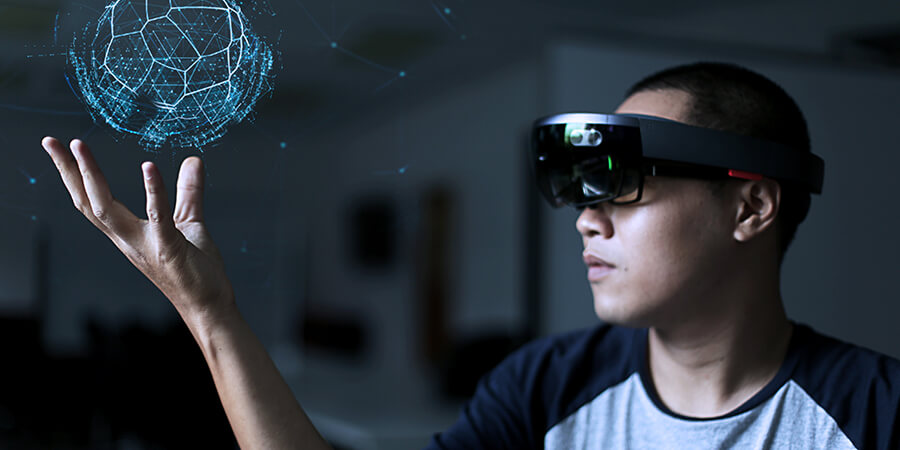 With a focus on modern life, Microsoft Holo Glasses will provide a totally new view of our smartphones, tablets and TVs, and be perfectly matched to the use of our digital devices. Microsoft Holo Glasses aren't just hardware, they're functional fashion, and more stylish than the geeky Google glasses were in 2013. They scale down Microsoft’s existing HoloLens 2 technology into a slim wearable that fits comfortably on the face and comes with snap-on frames that allow the swapping of styles in a minute.

The Holo Glasses are a wearable concept that takes Microsoft’s AR chops and makes them consumer-friendly again. Microsoft is an enterprise-focused company; they left Nokia behind, and have turned HoloLens 2 into a business tool rather than a consumer device. They believe the Holo Glasses can make the company cool again. Basically, the glasses work much like HoloLens, including cameras and sensors that track objects and lenses in front of the eye that help reflect images to the retina. As with the HoloLens 2, the Holo Glasses let you see what's ahead of you, giving you a mixed reality experience that, up to this point, few companies have been able to deliver.

The Holo Glasses are designed in two parts: the first is the hardware that sits comfortably on your face, and the second is a set of magnetic frames that snap onto the glasses, giving them their stylish fashion-forward vibe. These snap-on frames come in a variety of colors and shapes, giving wearers the freedom to choose their look. There’s even the option of getting prescription lenses built into the snap-on frames, allowing people with eyeglasses to wear the Holo Glasses too. The Holo Glasses make Microsoft’s existing tech even better, and more democratized. They also feature bone-conducting audio units built in to deliver audio directly to the wearer, without the use of earphones. Each pair of glasses can also be operated by voice or with buttons and touch-sensitive surfaces on the temple stems.

Despite all this, it seems rather surprising that Microsoft would create such a device, given that it requires a separate OS channel, renewed hardware efforts and, most importantly, is seemingly of little value to the company. Unlike Microsoft, Google and Apple can offer a wide range of products and services through their devices, including maps, mail, messages, social networking, etc. Such comparatively paltry service offerings create little push for Microsoft to spend that kind of capital and effort to build out a range of AR headsets. It’s fun to imagine, though, what such Holo Glasses would look like from the competitors. This concept may help to envision what Apple plans to launch in the near future.

Smart Glasses are one of the most innovative pieces of technology ever created. Since they were first introduced, many tech enthusiasts around the world have been intrigued by the idea of living an active lifestyle with smart glasses on their heads. But could wearing such glasses be dangerous?

Recent research suggests that smart glasses may not be the life-simplifying savior we’ve all been waiting for. But using Microsoft HoloLens is surely an experience of a lifetime, one that you can’t easily forget. Both a number of benefits to this device, as well as a few cons are listed below:

As for the pros:

As for the cons:

Aside from the few cons, Microsoft's HoloLens is certainly an AR device that boasts cutting edge technology and promises a great gaming experience. It's definitely a device that's well worth its considerable price tag.