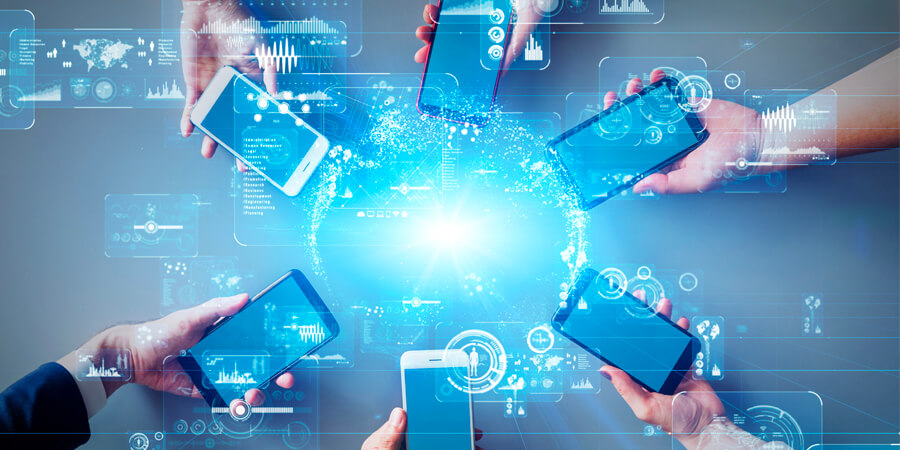 Across all of Africa, mobile networks are the dominant telecom provider. These networks carry up to 98% of all voice and data traffic and are responsible for the largest share of voice and internet connections, according to the GSMA. When telecom services became more common, it was more economically viable for operators to provide services via mobile infrastructure rather than to build out copper-based wireline networks. To this end, the mobile platforms began their gradual build.

Mobile infrastructure has been an important driver of internet growth in Africa, but mobile broadband is also an increasingly important tool for providing access to the internet. Mobile broadband provides broadband speeds that are faster than those traditionally offered by mobile networks, allowing for greater functionality and connectivity for an increasing number of users.

Since the demand for voice and basic data traffic in the region is relatively low, GSM networks remain in place, whereas in more developed markets, many GSM networks are being retired and the spectrum is being repurposed for 5G and LTE. In these more mature markets, the same process is underway with 3G networks, with assets including base stations as well as the spectrum again being repurposed for 5G. In Africa, by contrast, GSM and 3G will remain the bedrock of network infrastructure for some years yet, only being replaced by LTE and, in time, 5G as network demand requires. As a result, 5G is available in just a few countries in the region, mainly in more densely populated and economically active areas.

In a related issue, for many years, MNOs in the region were hampered by a lack of available spectrum, as most government agencies were focused on developing national ICT strategies without a sense of urgency.  The result was that spectrum auctions were delayed or canceled repeatedly. And without new licenses being issued, network operators were obliged to extract what capacity they could from their existing concessions.

Disadvantages that come with the use of mobile technology in business include:

Mobile network operators' markets in Africa are growing rapidly and will continue to do so in the coming years. Today, about 20 to 22 million people in South Africa use a smartphone, which accounts for about one-third of the country’s population. As feature phones are still popular and widely used in the country and across the continent, the overall number of mobile connections is much higher at more than 90 million. The number of smartphone users is forecast to grow by more than five million by 2023.

Furthermore, Samsung is currently the leading mobile phone vendor in South Africa, according to Statista; More than 40 % of devices in use are currently made by the Korean tech giant. Huawei, a Chinese telecommunications company, and Apple, a US company, also have a significant presence in the South African market. In addition, there are three mobile network operators in South Africa that occupy about 90 % of the overall market: Vodacom, MTN, and Cell C. Vodacom has the largest share of subscribers at around 40 %; While MTN and Cell C are responsible for approximately 30 and 17 % of the market respectively.