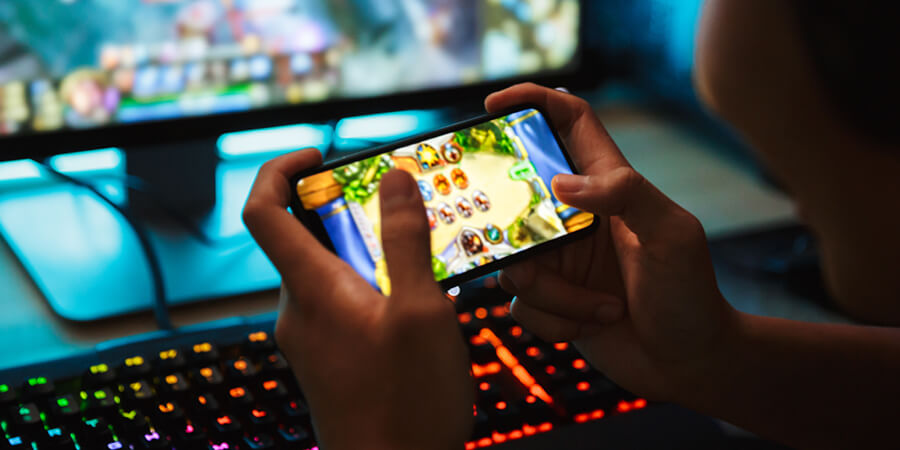 Online gaming is a technology-based entertainment that has gained popularity over the years and has witnessed a vast increase in users since the recent pandemic began. This new trend requires a huge demand for high-speed internet connections, which has led to an increase in demand for fiber optic cables and other equipment that are used for telecommunication purposes also. However, the process of installing fiber optic cables can be time-consuming and expensive.

The growth of the gaming industry has presented telecom companies with a huge chance to diversify their businesses. Just like music, TV, and telecom, gaming is now also moving to the cloud. Companies like Microsoft are announcing their upcoming cloud gaming projects; so, the fact that these giants are moving into gaming and streaming marks a huge opportunity for the telecom field.

Furthermore, the gaming industry has lived through multiple eras of new technologies, but one of the biggest disruptions was the internet. The internet has changed gaming as we know it, from connecting gamers across the world to changing the way we imagine, play, and even purchase games. In addition, in combining cloud gaming and 5G, data utilization and connectivity will grow rapidly, which will require a considerable increase in network capacity; It's not just about streaming, but also about mobile gaming, which is the fastest expanding gaming genre.

In order to meet this growing demand for bandwidth, telecom providers will need to create scalable networks that can handle these capacities. As 5G expands, telecom players will be able to demonstrate the real benefits of reduced latency and faster download speed. Telecom companies are at the perfect time to refine their strategies and create packages that take advantage of the benefits 5G has to offer.

Allied with relevant gaming providers, the telecom industry can play an important role in the expansion of cloud gaming. For instance, AT&T, Verizon, and Ooredoo group have already exhibited this in the market; Verizon recently announced a partnership with “Twitch”, a popular gaming streaming platform, and AT&T on the other hand partnered up with “PlayGiga”. While Ooredoo welcomed its new community of gaming “Ooredoo EZ”. According to Telecoms.com “cloud gaming and subscription services revenue is expected to grow 9% per year, reaching $8 billion by 2023.”

By 2021, most modern games used about 40 MB to 140 MB of internet data/hour; this is oddly similar to data consumption during music streaming on popular platforms like Spotify, YouTube Music, among others. As opposed to popular belief, the average data usage while gaming online is significantly lower than what you might use watching HD+ videos on YouTube or streaming your favorite TV shows on Netflix. Modern games don’t use data as much as video streaming, even at their highest level of usage (around 200 MB/hour).

Moreover, there’s more to internet usage when it comes to online gaming: a stable internet connection is needed with enough bandwidth and speed to run modern games smoothly. Thus, if you don’t have a stable internet connection, you might end up facing issues like packet loss, jitter, or high ping. Not to forget, many modern games require large downloads, which is something to consider when playing.

Gaming is expected to grow at a CAGR of 12% during the forecast period (2021-2026), according to Mordor Intelligence. The Covid-19 pandemic had a positive impact on the African gaming market, especially South Africa, being one of the largest video game markets on the continent. As a result of the pandemic, stay-at-home orders were mandated, causing customers to spend more time and money on various games and gaming consoles, which led to the growth of the commercial gaming market.

In addition, the African gaming industry is influenced by many factors, such as young population, and laws on online gaming betting. Furthermore, there is an increasing prevalence of high-speed internet connections, especially in emerging economies, which has made online gaming practical for more people in recent years.

Even though many people today use unlimited internet data plans, there are still situations when they may have a limited monthly bandwidth allowance. So, how can the amount of gaming bandwidth be reduced?

Gaming data usage depends on many factors that cannot be controlled, such as how improved the game’s code is, the size of the server population, and the complexity of the data that needs to be transmitted. However, there are factors that can be directly influenced, and with all that in mind, here are a few steps to take to reduce bandwidth usage while gaming:

To some, it may come as a surprise, but the gaming industry is a billion-dollar industry with billions of gamers worldwide. The impact of network performance on streaming services and gameplay cannot be underestimated and the majority of end-users will make the necessary corrections to optimize gameplay and connectivity.