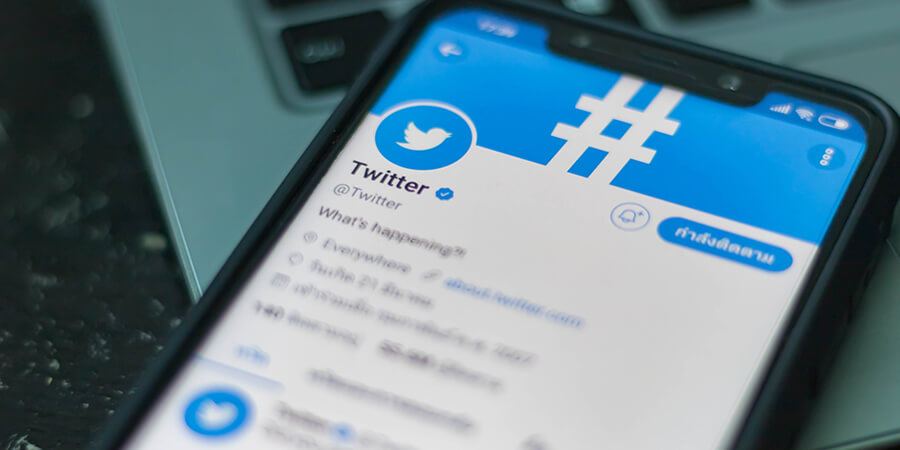 The blue bird has been set free. The month of April had a lot of twists and turns for the one-to-many messaging platform before finally falling into the hands of Elon Musk. "Twitter has extraordinary potential. I will unlock it," said the biggest billionaire at present.

Agreeing to a $44 billion takeover offer, Musk intends to make changes to the world’s digital town square, including promoting free speech, authenticating real humans, enhancing user interface, and defeating spambots. With this in mind, netizens have expressed mixed sentiments regarding the impact of the third-largest tech acquisition in history on humanity.

As one of the known online spaces where public discourse happens in real-time, Twitter is the place of virality where companies, advocates, celebrities, politicians, innovators, and other individuals thrive.

Created in 2006, Twitter now has roughly 217 million daily active users, dispersed in different countries — more than 80% are outside the US. Described as the SMS of the internet, Twitter is a blend of instant messaging, blogging, and texting, but with diverse content that reaches a wide range of audiences.

People send tweets for all sorts of reasons: information dissemination, thought leadership, crowdsourcing, self-promotion, political campaigns, social advocacy, brand marketing, and as a creative outlet, among others. Approximately 500 million tweets are done on a daily basis, with some just wanting to express themselves while others maximize the opportunity to influence decisions and make their voices heard across the community.

The real value of Twitter lies in its ability as a platform to spread news in a matter of seconds. The stream of quick updates from experts, journalists, and leaders empowers a society that is hungry for reliable first-hand scoops. Yet, the presence of trolls, anti-supporters, haters, critics, and other negative forces on the platform is causing the opposite of healthy and liberated speech.

Debates and discussions are a fragile and volatile mix that has become increasingly difficult for the platform to manage. This is one of the reasons why for its 16-year lifespan, Twitter may have its moments of popularity but it hasn’t fulfilled its opportunity in terms of utility and financial stance.

Before the current billion-dollar buyout of Musk, Twitter has weathered a series of crises and has considered selling itself in 2016, drawing interest from Disney and Salesforce. The initial idea of CEO Robert Iger for Disney to purchase in order to modernize its distribution was compelling but the executive got cold feet upon considering the downside of Twitter. In his opinion, “the nastiness is extraordinary.” Even Salesforce walked away from the acquisition because as CEO Marc Benioff put it, “it’s not the right fit for us.”

At an early stage, Mark Zuckerberg had also offered $500 million to take over Twitter in 2008 in a cash and stock deal while Google, not desiring to purchase the platform as a whole, only decided to buy Twitter's development tools in 2017.

Musk, hailed as the world’s richest person, has a net worth of roughly $270 billion. His immense wealth stems from his electric car company Tesla and satcoms firm SpaceX, alongside other business ventures.

"My strong intuitive sense is that having a public platform that is maximally trusted and broadly inclusive is extremely important to the future of civilization," he said in a TED talk interview after revealing his offer. A self-proclaimed free-speech absolutist, Musk is expected to take a less robust approach to Twitter’s content moderation.

The billionaire tech entrepreneur is a frequent and one of the most influential and controversial Twitter users, regularly mixing statements with remarks that are either personal or business-focused. He made his official Twitter debut on June 2009, and twelve years later, Musk follows 114 accounts, including his own companies, and has over 88 million followers.

Musk's efforts have raised hopes about the commercial potential of Twitter, which has struggled to achieve profitable growth, not until the end of 2017. While often associated with the giant Silicon Valley tech companies, Twitter is vastly eclipsed by its peers when it comes to revenue and share value.

After buying a 9.2% stake ($73.5 million) in Twitter and becoming the major stakeholder on April 4, the company announced that Musk will join its board the next day. Backing out a few days later, on April 13, Musk tried to buy 100% of Twitter’s stock at $54.2 per share. In defense, a poison pill plan was adopted but eventually dissolved as Twitter confirmed Musk’s successful acquisition of the platform on April 25 for $44 billion.

In the SEC filing, Musk listed three sources for the offer: loans from investment bank Morgan Stanley and other banks, worth $13 billion and $12.5 billion, respectively, and an equity commitment of $21 billion from himself.

Musk claimed that he would like to take Twitter private which will provide more room to maneuver, but will not guarantee success, according to analysts.

Some of Musk's own tweets have raised eyebrows such as when he mocked a Tesla whistleblower, tweeted a pretend-to-be effort to take Tesla private at $420 per share, stated that ‘The coronavirus panic is dumb,’ and when he first tweeted “Doge,” the Shiba Inu meme coin.

Power of social media in the digital age

Most often than not, we get the latest updates and happenings worldwide through social media. As we shift from traditional to digital, the essence of having an open platform that welcomes people without prejudice is crucial.

In Twitter’s case, the product is the people. And with Musk’s recent acquisition of the company, the actual impact is yet to be known in time; whether or not the free speech he is advocating will be achieved in a proper and unbiased manner.

Reaching the point of free speech absolutism is a big challenge as, in reality, it may do more harm than good if not handled well. Pinned on his Twitter account, Musk clarified that by “free speech,” he meant that he is “against censorship that goes beyond the law.” Every public square like Twitter places limits on speech, explicitly through rules to combat fake news and misinformation.

"Free speech is the bedrock of a functioning democracy, and Twitter is the digital town square where matters vital to the future of humanity are debated," Musk tweeted after the deal was announced. Entertainment, politics, lifestyle, technology, and healthcare – are just some of the most talked-about topics in social media, of which Twitter is a huge part.

Twitter co-founder Jack Dorsey believes that Musk’s goal of creating a platform that is maximally trusted and broadly inclusive is the right path. Yet, experts say that once at the helm, Musk may find that staying true to his free speech instincts is more complicated than he thinks.

In the EU for example, Twitter will have to comply with the new Digital Services Act, which ensures tougher consequences when platforms host illegal content online such as abusive images, terrorist content, and dangerous products. "He's going to have to have some form of content moderation policy. That's going to be challenging for Musk," said a New York University politics and media expert.

"If it becomes a place of hateful content and it chases away journalists, then it loses its value," a professor of digital social media also expressed. Based on PWC findings, more than two-thirds of Twitter's US users say that Twitter is the most important source of news. The international federation of journalists (IFJ) deems Twitter’s future that could allow unregulated speech without moderation will increase disinformation and threaten quality journalism.

Additionally, Twitter's agenda-setting power makes Musk’s control of the platform potentially disruptive. Downshifting on content moderation could have massive consequences not only on individual users' experience of the site but also on the national and international dialogues that would play out on the platform.

If Musk’s pure intention is to improve the Twitter experience and unlock the value of its content, the overall system and underlying principles must be reviewed and re-enforced carefully.

At the core of Elon’s vision to make Twitter a platform for free speech could be the Web3.0 technology —   an offshoot of the Web2.0 version of the internet that we use today. Web3 is seen as a decentralized and more democratic version of the current web 2.0 internet that is free from the dominance of tech giants such as Facebook, Google, Amazon, and Microsoft who have a strong influence over the internet.

Although subject to some speculation, ultimately, Twitter might be exploring the potential of Web3 which is being dubbed the biggest technology innovation in the evolution of the internet.  Web3 refers to the vision of a ‘read-write-own’ era of the internet, in which users maintain full ownership over their content and data outside of their reliance on platforms and can contribute to decision making. Open-source software developers are working to build innovative new technologies that help deliver the decentralized Web 3.0 vision.

In fact, in 2021, Twitter announced launching a dedicated team under the current CEO Parag Agrawal, to evaluate the potential of Web3 which would benefit the users of the platform. The new team, called Twitter Crypto, is aimed at being the center of excellence for ‘all things blockchain and web3,’ which includes the increasing number of decentralized apps now running on public blockchains. The company has also stated that it is working on building its own decentralized media platform called Bluesky.

In his efforts to make the platform as transparent as possible, Elon has wanted Twitter to open-source its algorithms, meaning to make public the decision-making behind what tweets get shown to users on the platform. If someone’s tweets are “emphasized or de-emphasized, that action should remain apparent,” he has opined. But experts have downplayed such a move as being far more impractical than ideal due to various technical reasons.

Elon even polled for an edit button option on Twitter, where 73% of 4.4 million voted positive affirmations. However, critics have pointed out that edit buttons could potentially become an entry point for the bad actors to alter the record of public conversation. So much so, that even the internal team of Twitter working on the edit button found “the potential for abuse was too high to move forward.”

Web3 champions the use of an algorithm that introduces a highly advanced, open governance system, allowing networks to innovate and grow at a much more rapid pace than legacy networks. Web3 protocols enable the exchange of data and make it possible to verify the source and validity of the information, making it the ideal technology that Elon might have to train his focus on.