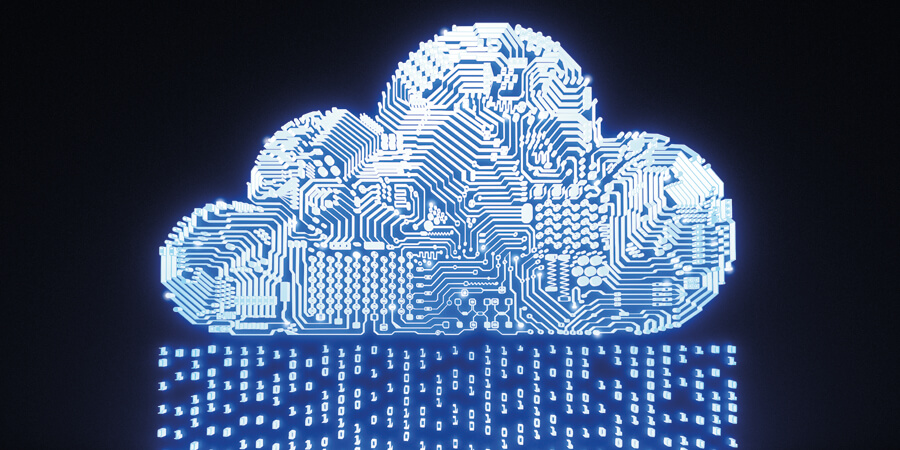 In light of new digital ecosystems, lowering costs and building a modern IT environment have become an objective that companies seek to achieve in order to develop their operations. One of the elements leading to achieve this is migrating data to the public cloud. However, for some, this type of migration can be accompanied by technological, operational, financial and security challenges. According to McKinsey, the best way though is progressively adopting hybrid-cloud solutions.

The challenges that come with migration to public cloud has limited its adoption. In fact, a survey by McKinsey shows that 60% of companies have migrated last year less than 10% of their workloads into the public cloud. That is why a convenient solution for this issue will be the progressive blending of public and private cloud solutions.

Companies can highly benefit from public cloud platforms given the access they give them to a range of services and innovative offerings such as advanced analytics, machine learning and virtual reality without having to develop their own. On the other hand, private cloud platforms can offer some of the same automation features with more control over the security of the applications and data. In order to bring together the capabilities of the public-cloud with the security of private-cloud, companies can adopt a progressive approach to combine both.

If companies are to adopt the progressive hybrid-cloud configuration, they have to take into account the cost. According to a financial-services company stated by McKinsey, “input/output-intensive” (or “I/O-intensive”) applications - those that read or write a lot of data - were costly to host in the public cloud because the CSP charged hefty “egress” fees whenever web applications made data calls to the company’s private datacenter.

Aside the technology costs, migration to the cloud will result in daily expenses. For instance, the company still has to perform maintenance activities even if it’s using an infrastructure-as-a-service instead of a private infrastructure.

In addition to the financial considerations, companies should prioritize the data and applications they want to migrate because it wouldn’t be very efficient to undertaken a complete migration of all data and applications to the cloud at the same time. That is why, before initiating the process, McKinsey advises to assess and explore several elements:

One important challenge that companies can face when it comes to cloud migration is talent. In fact, some might consider the cloud as an infrastructure service and thus assign their existing infrastructure team to operate the services. However, the infrastructure team will face difficulties in performing this task due their incapacity to operate new support processes and deal with the right technologies.

Therefore, companies should have a dedicated cloud-delivery team to insure that the migration efforts are successful. Its main duties are to design, build and maintain the platform and train developers, in addition to the technical side of the job that encompasses the elements of the process of migration itself such as managing firewall, testing, writing code, etc.

Automation appears to be a key element for the cloud team to be most productive. Cloud teams can write scripts that perform virtually every task involved in operating cloud platforms. They can build tools and application programming interfaces that let software developers deploy cloud services on their own. Cloud-delivery teams that follow these approaches write more code than conventional system-administration teams, so they find it advantageous to follow agile methods.

“One company found that its cloud team supported some 400 images per full-time employee, compared with the 80 images per employee in its traditional operations group,” explained Mark Gu, consultant in McKinsey’s New York office. “As more applications get moved into the cloud, the cloud team’s head count can increase, and the traditional infrastructure team can be scaled back. In this way, dedicated cloud cells can eventually replace traditional infrastructure functions.”

Gu gave another example explaining the efficiency of this approach. “One financial-services company’s cloud team chose to let application developers and systems engineers contribute to the cloud platform’s code base. Within two years, more than half of the application teams had voluntarily moved their applications to the cloud, and the remainder were eager to follow suit once essential capabilities were established.”

Cloud services are a corner stone in companies’ path towards digital transformation and innovation. Migrating to public-cloud platforms is very beneficial; however, comes with many real challenges that can hamper the company’s digital journey. Hybrid-cloud platforms appear to be a great alternative for companies to optimize their performance and productivity while taking into account the cost, the migration process and the need to have a dedicated cloud team capable of completing the migration in the most rapid and productive way.