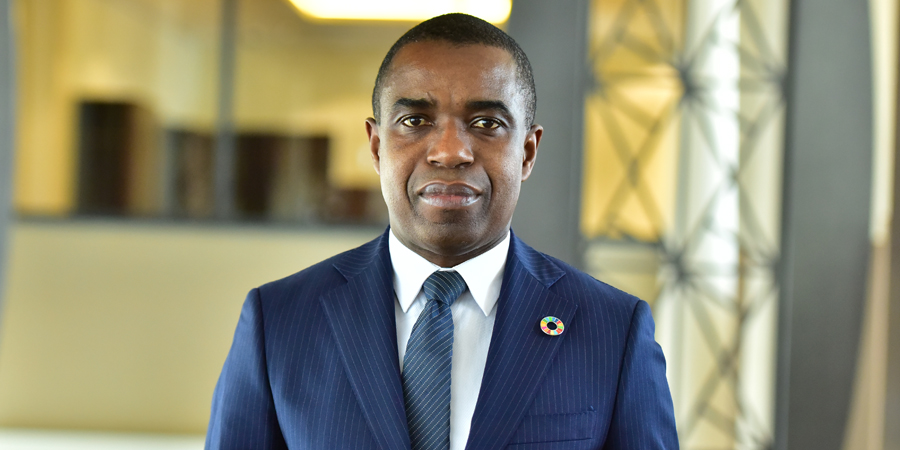 GSMA recently published its State of the Industry Report on Mobile Money which highlights the latest insights on the state of the mobile industry worldwide. In an exclusive interview with Telecom Review Africa, Akinwale Goodluck, head of Sub-Saharan Africa, GSMA delved into the details of the report with a focus on Africa.

According to the GSMA’s latest State of the Industry Report on Mobile Money, mobile money accounts grew to 1.2 billion in 2020. How do you explain this increase in the number of accounts?
There were multiple factors that played a role in the increase in demand for mobile money accounts this year. Besides a shift in consumer behaviour, regulators implementing more flexible Know Your Customer (KYC) and onboarding processes and governments electronically providing pandemic relief were both prime contributors to the growth in accounts.

To ease the economic toll of COVID-19, many national governments distributed monetary support to individuals and businesses. As a result, the value of government-to-person payments quadrupled during the pandemic. The mobile money industry worked hand-in-hand with administrations and NGOs to distribute social protection and humanitarian payments quickly, securely and efficiently to those in need. Facilitating this type of direct income support payments – and providing a financial lifeline to underserved communities – is one example of why the need for mobile money increased so significantly in the past year. For example, Latin America and the Caribbean had the fastest growth among all regions at 38%, which was partly driven by millions of people receiving government relief funds via mobile money.

What were also the main highlights of the report?

The report highlights numerous interesting global statistics in relation to mobile money. For example, in 2020, the mobile money industry reached another major milestone: the number of monthly active mobile money accounts topped 300 million, having grown at a rate of 17% year on year.

Another industry first includes total transaction values surpassing $2 billion per day – twice the value being processed in 2017. Additionally, for the first time more than $1 billion was sent and received in the form of international remittances globally every month via mobile money.

Mobile money has been used to support humanitarian assistance initiatives, increase access to essential utility services and expand access to financial services for underserved communities such as women, smallholder farmers and rural dwellers. Moreover, agent networks played an essential part in ensuring 2020 was a turning point for mobile money. The industry proved its worth during the past year, demonstrated by the inclusion of mobile money agents in the essential work category across many markets. Growth in the industry followed, with 2020 seeing the highest increase in the number of registered mobile money agents in the past three years – 14% year on year.

We’ve made great strides in the mobile money sector during the pandemic, with governments giving fresh urgency to regulatory issues so that agents could be active throughout the pandemic. To ensure we continue to see this growth, the report also considers what steps must be taken to sustain growth and ensure long term success.

In your opinion, why is mobile money an important pillar in Africa more than in other regions?

Historically, there have been low levels of investment into brick-and-mortar branches by financial institutions – and supply of financial services simply did not meet demand. A mobile money agent has roughly seven times the reach of ATMs and 20 times the reach of bank branches.

The financial innovation of mobile money has its roots grounded in Africa. Since its inception, mobile money has attracted significant investment in technological and financial infrastructure as well as the development of extensive agent distribution networks. Agents have remained a core element of the industry in Africa, enabling underserved populations to digitally participate in the formal economy. This has resulted in Africa becoming the leading continent with regards to the number of registered and active mobile money accounts. In 2020, Africa accounted for over a half of all active mobile money accounts, totalling 161 million.

Demand is also spurred by Africa’s macroeconomic and demographic realities; fast-growing economies, and a young, increasingly tech-savvy, population. With urbanisation levels being among the highest in the world there is also a strong demand for urban-rural remittances.

Furthermore, the industry’s collaboration with banks, governments, businesses and other third parties has allowed customers to diversify their usage of mobile money accounts beyond basic utilisation. This has solidified the daily use of mobile money for the average African citizen. For example, in June 2020, 19% of monthly active accounts in Sub-Saharan Africa made a bill payment, 13% received bulk payments and 10% performed a merchant payment. Customer uptake of digital payments coupled with third-party collaboration has resulted in a stronger digital ecosystem in Africa.

In spite of the increase in mobile money accounts, digital inclusion is still a challenge. What steps should be taken to overcome this challenge?

To increase access to mobile money, we first must close the mobile ownership gap. The digital divide is uneven, with some groups less likely to own mobile phones than others. The GSMA’s Mobile Gender Gap Report found that there are still 74 million women unconnected and a 13% gender gap in mobile ownership in Sub-Saharan Africa. Addressing this gap will contribute to enhancing financial inclusion across the region – and inevitably have a knock-on effect for mobile money.

According to the World Bank’s Global Findex database, women in Sub-Saharan Africa are still 20% less likely than men to own a mobile money account. The top two barriers constraining mobile ownership in Africa, for both men and women, is affordability coupled with a lack of literacy and digital skills. Removing these barriers in order to drive financial inclusion will require ongoing government investment in digital literacy programmes and making cheaper smart phones more readily available.

Making the industry more interoperable between different mobile money providers and banks will also help to achieve universal financial inclusion. These actions are already bringing more people in to the formal economy.

From the perspective of the mobile money industry, the two main areas that would lead to increases seamless connectivity are;

Governments, banks and telcos all need to think of ways to tackle the lack of literacy and skills, through informational campaigns and of course continued product innovation. However, these structural problems are inherently too big for any player to solve on their own. Governments and regulators are encouraged to work closely with the mobile money industry to continue to increase financial inclusion, particularly among women.

What are the initiatives in Sub-Saharan Africa in terms of digital inclusion?

As a whole the mobile money industry, and especially in Africa, puts financial inclusion at its core. Mobile money continues to leverage the central assets of the mobile industry, such as the agent networks, which span across the whole continent. As such, digital and financial inclusion are not thought of as separate initiatives, but again, central to what the industry wants to achieve.

To further expand customer bases and continue to bring people in from the margins of economies, providers continue to innovate by launching more and more target products. For instance, MTN Mobile Money in Ghana has made a Connected Women Commitment to increase the proportion of female customers of its merchant payment service, MoMo Pay, to 40% by 2023.

This is being achieved through driving adoption of MoMo Pay in the country’s open markets, which drive trade and business in many towns and cities. Critically, this is where women represent the majority of vendors and customers. GSMA research found that after adopting MoMo Pay, both the frequency and value of mobile money transactions increased and customers were more likely to remain active users, especially women.

MoMo Pay also empowers female microentrepreneurs by digitising their transactions, therefore supporting greater financial inclusion. Initiatives such as these are crucial to closing the mobile money gender gap across LMICs. This has never been truer than in the past year, where COVID-19 disproportionately impacted women’s access and use of financial services.